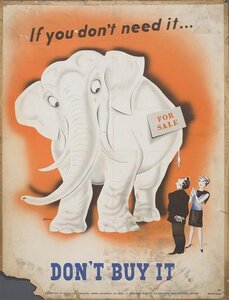 Posted via LiveJournal app for iPhone.

A FRESNO FABLE
by William Saroyan

Kerope Antoyan, the grocer, ran into Aram Bashmanian, the lawyer, in the street one day and said, “Aram, you are the very man I have been looking for. It is a miracle that I find you this way at this time, because there is only one man in this world I want to talk to, and you are that man, Aram.”

“This morning,” the grocer said, “when I got up I said to myself, ‘If there is anybody in this whole world I can trust, it is Aram,’ and here you are before my eyes–my salvation, the restorer of peace to my soul. If I had hoped to see an angel in the street, I would not have been half so pleased as I am to see you, Aram.”

“Well, of course I can always be found in my office,” Aram said, “but I’m glad we have met in the street. What is it, Kerope?”

“Aram, we are from Bitlis. We understand all too well that before one speaks one thinks. Before the cat tastes the fish, his whiskers must feel the head. A prudent man does not open an umbrella for one drop of rain. Caution with strangers, care with friends, trust in one’s very own–as you are my very own son, Aram. I thank God for bringing you to me at this moment of crisis.”

“Aram, every eye has a brow, every lip a mustache, the foot wants its shoe, the hand its glove, what is a tailor without his needle, even a lost dog remembers having had a bone, until a candle is lighted a prayer for a friend cannot be said, one man’s ruin is another man’s reward.”

“Yes, of course, but what is the crisis, Kerope?”

“A good song in the mouth of a bad singer is more painful to the ear than a small man’s sneeze,” the grocer said.

“Well, thank you, Kerope,” Aram said, “but please tell me what’s the matter, so I can try to help you.”

In the end, though, Kerope refused to tell Aram his problem.

MORAL: If you’re really smart, you won’t trust even an angel.